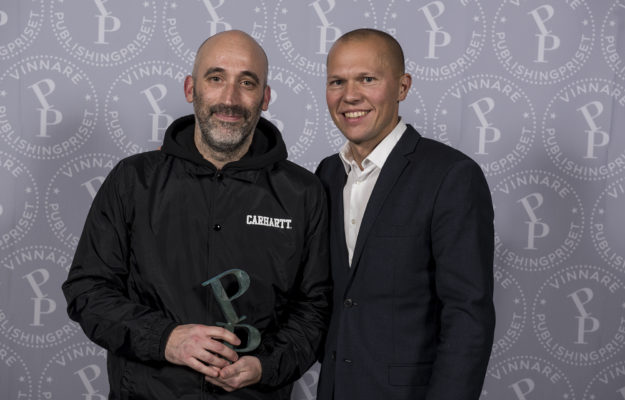 In your competition entry, you wrote that you are inspired by the American graphic designer David Carson, who once said: “Graphic design will save the world right after rock’n’roll does.” How does your catalogue save the world?
“Well, I don’t think it’s going to save the world. I just think that it’s a very good-looking publication, but the ambition wasn’t as high as you suggest. It was to create some sort of typography masterpiece, and that’s already a big ambition,” says Giuliano Garonzi, Chief Creative Officer at Humbly.

Humbly claims that the most exciting innovations are in the clash between strict engineering and creative madness. How did you convince IdealPark to invest in your “creative madness”?
“IdealPark has been a client of mine before I joined Humbly; I’ve been working with IdealPark for ten years. We have a totally trusting relationship. They really trust what we do, what we design, what we write and what we say that we should do – the base of every successful collaboration. And there was a bit of madness in the project, for sure. A bit of David Carson was there, I’m pretty sure,” says Giuliano Garonzi.

What does it mean to Humbly to receive the typography prize?
“It’s a recognition for a well accomplished job. And it’s a boost for us internally as well,” says Magnus Backlund, project manager at Humbly.
“Tom Sachs, a designer from New York City, says that ‘the reward for good work is more work’. I think that’s the best reward. And we are looking forward to that,” says Giuliano Garonzi.

VIDEO: ”We think this is a well respected contest”